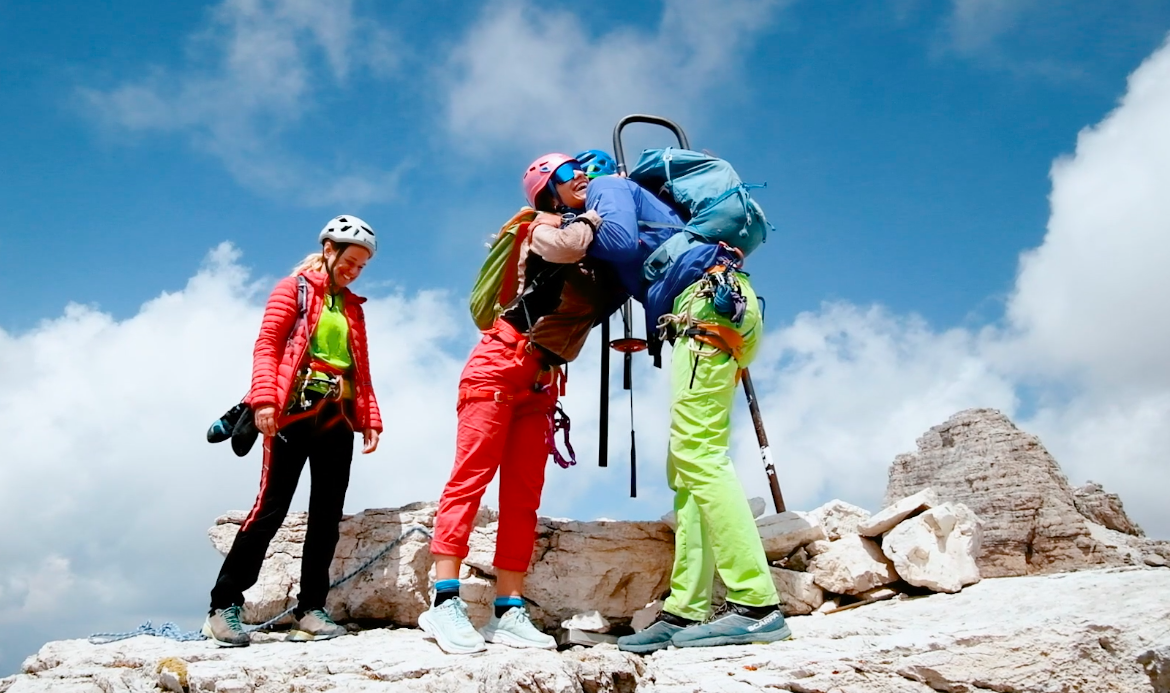 Under the motto “The story of a few become the conquest of many”, the “Brenta Open” initiative (on 23rd and 24th July 2022) this year came at its eighth edition.

Celebrated mountaineers, as well as athletes with disabilities, autistic children and students from the Liceo della Montagna have achieved a moment of great conquest for everybody in the amazing chain of the Brenta Dolomites.

At the top of the peaks (Campanile Alto and Campanile Basso), a concert for trumpet and sax was held by musician-climbers. The goal: to make a contribution to spreading sports as a means of social inclusion. I was there too, with some members of the Gruppo Alpinisti “G.Ferrari” of the CAI, Section of Ravenna and it was amazing.

Dolomiti Open is a no profit association which believes in mountains as an inclusive environment open to everyone, where the boundaries defining disability are constantly shifting.

Brenta Open, an event born in 2015 in collaboration with Sportfund, brings people with disability on the most beautiful peaks of Brenta Dolomites, Unesco World Heritage.

Enjoy the VIDEO by JumpCut.it

(subtitles by…Chris Howell and me!)