Walk the talk: an excursion to the Forgotten Cliff 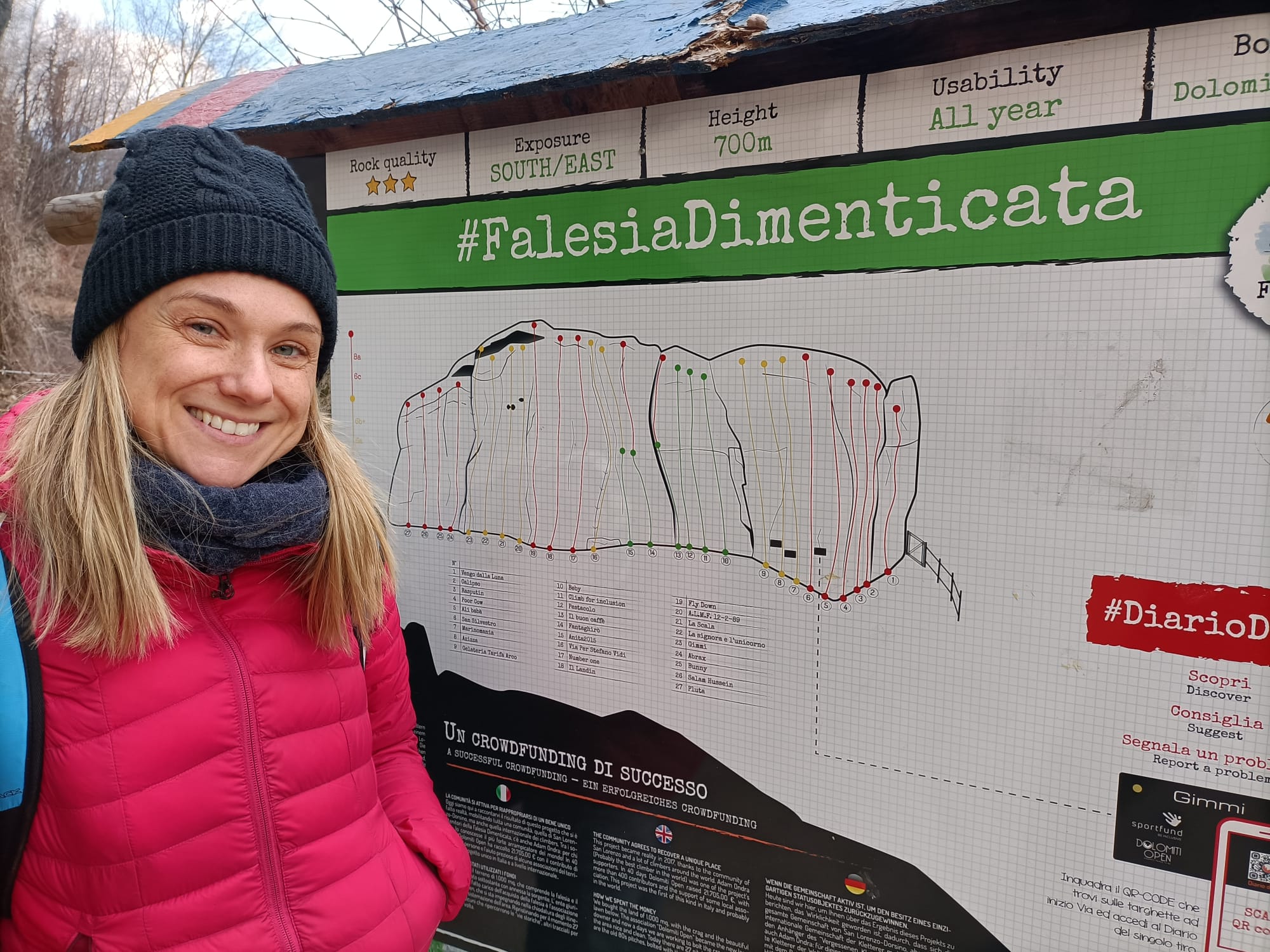 The English language has a fine, inspiring expression to describe conduct that is coherent: “walk the talk”. That is to say, “do the things you said you would do”.

I have been involved in the organization of several excursions in the 2022 programme of the Gruppo Alpinistico G. Ferrari of the CAI of Ravenna. I wanted the first of these to be a visit and a climb on the Forgotten Cliff at San Lorenzo – Dorsino, a cliff restored with a crowdfunding campaign by Dolomiti Open and Sportfund (as described in my Previous post). 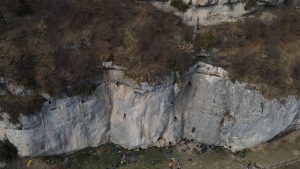 Twelve climbers from Ravenna, of all ages, set out on the morning of 19th March 2022 to reach this enchanting spot, a concrete symbol of inclusion, respect for the environment and respect among people.

Numerous paths are marked out. I could make a worthy attempt on only a few, but my adventure companions fortunately found plenty to get their teeth into and enjoyed themselves no end, appreciating the marking of the paths, the quality of the rock, the large, inviting meadow and the beautifully clean washroom facilities available to everyone.

Today’s Post, though, will speak of another project, Brenta Open, also designed by the Associazione Dolomiti Open in collaboration with Sportfund, which aims to demonstrate how the mountains are truly an inclusive place for everyone. The event will be the destination of another excursion, organized by me, with the CAI group of Ravenna at the end of July 2022.